Living in South Africa was a social minefield in which I stumbled over many mines without a map. I tried to have conversations with anyone I came into contact with and then the conversations would not happen – or take odd turns. There were the overtly racist comments like, “Some of us quite liked it the way it was,” which made my blood boil as I walked away – stunned into silence at the insensitivity. And then there were the ‘other’ conversations.

On my honeymoon in Durban, I ordered food at a take away window and when I asked on the status of my order, the women wouldn’t look me in the eye nor would she answer me. She was black and it was in the interim period before Nelson Mandela became president. There was no way she was risking any discussion with me that disappointed me in any way, so she stayed silent. And I was perplexed, waiting until my order appeared still trying to look her in the eye and have some acknowledgment that both of us were in a human interaction. It never happened. 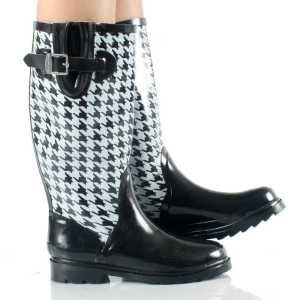 Many years later, living in a small farming town, I went to the agricultural supply store. We lived on a farm, and this store was on my regular shopping round. I was looking at the selection of wellington boots –  a real necessity as the farm was unpaved. We were either swamped with mud or had reddish dust up to our ankles. The boot selection was huge and I kept looking and looking at the wall full of boots trying to find the right size and type. Finally a woman assistant came over and we had a conversation about boots. She kept talking about white boots and black boots, and how she much preferred white boots. I didn’t say much, but I thought she was mad. Here we were dealing with lots of farm dirt and she wanted me to buy white boots. Not only was it impractical, but they also stain from the deep red color of the dirt. I eventually gave up on buying boots, finished my shopping and went home.

Later that day, I told Colin about this strange conversation. He laughed and said that she was having a coded racist conversation with me. Only I had no idea that I was having that conversation. By law, overt racism was banned and so people started having these proxy conversations. White people would talk about “those people.” Which people? The ones who didn’t have much education as the system was biased against them and therefore weren’t able to live up to their potential? This long-term neglect still affects every aspect of South African society and is an huge tragedy in such a large and beautiful country.

Or I’d hear people use a slang term for raccoons which had me going for a long time as they aren’t native to South Africa. I was ready to start tying down garbage cans again like we do in Pacific Grove. Nope, racist language again. Sigh.

One day in church, I saw a black family ahead of us in the pews. I swore that this was an American family – especially the father. He had that well put together casual look that spoke of education and a bearing of confidence. It turns out that he was a South African lawyer. He and his family had lost the patina of poverty and desperation that was everywhere in South Africa. And I  had named it ‘American’ as it certainly didn’t feel ‘South African’ to me.

I’m sure for an American audience where race is also a calling card in many instances, this is a strange perspective. Until you find yourself in an odd conversation about the color of boots.

I love technology and how real humans interact with it. Improving anything, and especially businesses is the space I love to work in. I share a home with three teenagers with varying degrees of US memories who mostly use UK words and live with me in a haze of pubescent angst and hormones.
View all posts by Pamela Schure →
This entry was posted in South Africa. Bookmark the permalink.